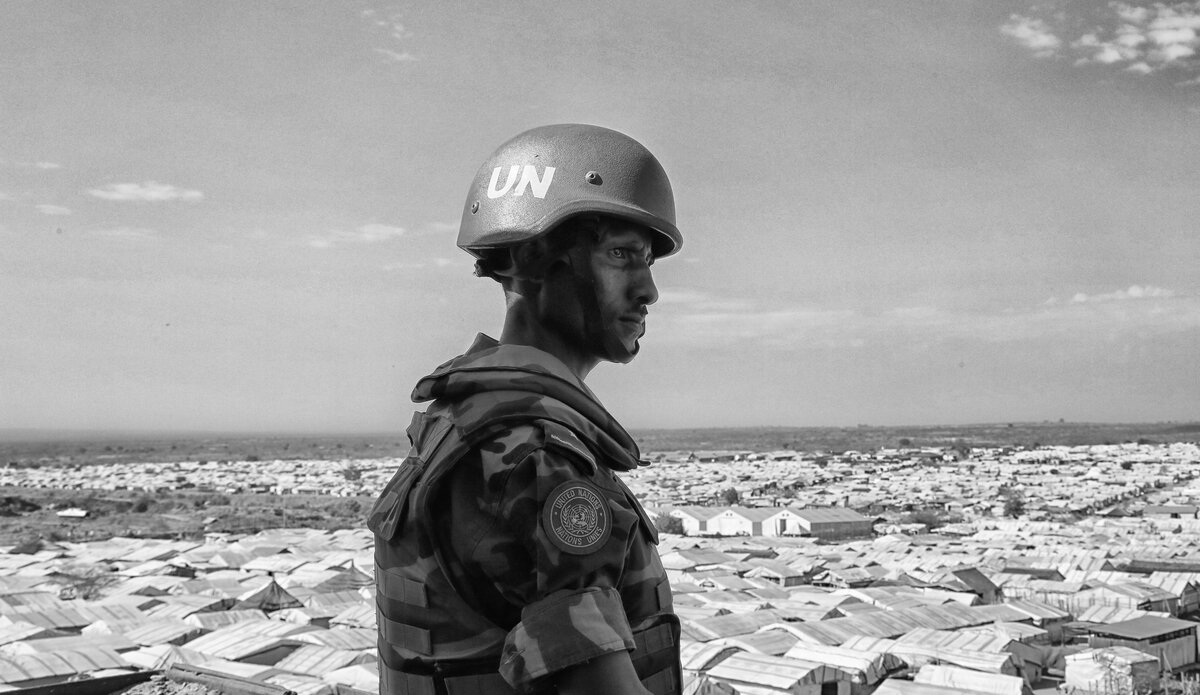 The UNMISS military component is embedded in coordination mechanisms at national, state and county levels that contribute towards a secure environment. It works to enhance trust between UNMISS and the South Sudanese government, makes efforts towards providing a stable and secure environment, thereby facilitating humanitarian access to populations in need. Additionally, the military engages the host government in capacity-building of its military institutions and reintegration of various armed groups. Photo by Nektarios Markogiannis/UNMISS.

The UNMISS military, as mandated under Chapter Seven of the UN Charter, has a role to support and assist in creating a safe and secure environment that will facilitate the implementation of the mission’s mandate and establish conditions necessary for stability in South Sudan.

The Security Council resolution 1996 (2011) of 8 July 2011, on the recommendation of the Secretary-General, established the United Nations Mission in South Sudan (UNMISS) for an initial period of one year, from 9 July 2011, with the intention to renew for further periods as may be required. The initial authorization was of troops strength of up to 7,000 military personnel.

The mandate of the mission has been extended periodically since 9 July 2011 and on 12 March 2020, the Security Council further extended the mandate of the United Nations Mission in South Sudan (UNMISS) until 15 March 2021. Unanimously adopting Resolution 2514 (2020) under Chapter VII of the UN Charter, the UN Security Council authorized that the UNMISS military will consist of up to 17,000 personnel  including military liaison officers and staff officers, under the leadership of a Force Commander. As at 31 Mar 2020, the force was comprised of 13795 troops, 214 experts on mission and 412 staff officers, coming from a total of 62 countries.

The security situation in South Sudan is characterized by inter-communal conflicts and an inconsistent but semi-active conflict with Sudan. UNMISS military operations are in line with the mission’s objective to support the government in consolidating peace and security and establishing conditions for development.

To this end, the military aims to deter would-be aggressors against harming the people of South Sudan and to support the Sudan People’s Liberation Army (SPLA) and other security agencies in providing protection of civilians. As far as possible, within its given mandate, the UNMISS military assists the SPLA by encouraging, facilitating and demonstrating professionalism in its operations.

The UNMISS military component is embedded in coordination mechanisms at national, state and county levels that contribute towards a secure environment. It works towards enhancing mutual trust between UNMISS and the South Sudanese government and assists in creating conditions that will enhance the development of the country.

The military endeavors to provide a stable and secure environment, thereby facilitating humanitarian access to local communities in need. Additionally, the military engages with the host government in capacity-building of its military institutions as well as reintegration of various armed groups.

The UNMISS Area of Responsibility is the territorial land and waterways of South Sudan. UNMISS military personnel are deployed nationwide at national, state and county levels where we maintain a physical presence and situational awareness.

The military component of UNMISS continues to support the mission, the government and the SPLA in working towards stabilizing the security situation in South Sudan. The progress of these efforts will determine the final phase of military operations in UNMISS, the drawdown phase, allowing for a reconfiguration of the force following authorization by the UN Security Council.